My fist cycle of PAD finished last week and PAD cycle 2 started yesterday. A cycle is around a month so I’m into week 5 of the 8 weeks of treatment. 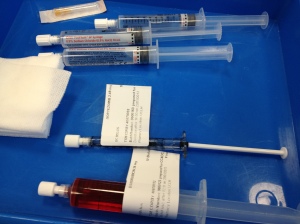 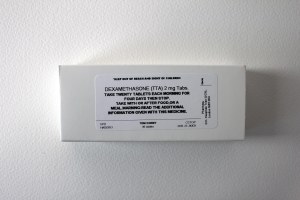 only mild passages of nausea and no actual sickness. I’ve had some mild neuropathy but noting dehabilitating. My hair has dropped like a Christmas tree’s needles on boxing day but I was expecting that.

Aside from afternoons, I’m or less working as normal.

For the uninitiated PAD is a treatment protocol consisting of 3 chemo and steroid drugs: adriamycin, velcade and dexamethasone. Dex is a steroid which I take in huge doses over the first few days of treatment. It turns you into a bit of a nutter by turns gregarious and hypersensitive (dex rage).

You don’t get much sleep.